Many people do not realize that their Homeowner’s, Condo or Apartment policy does not cover damage resulting from an earthquake.  Because we live in an area that seldom has a serious earthquake it doesn’t get much media attention. 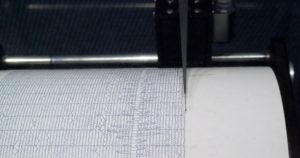 An Earthquake centered in southern Maine was felt by a number of people in Rhode Island and Southeastern Massachusetts, but little or no damage was reported from it. That doesn’t mean that we should ignore the very real risk of a potential large earthquake. We have the potential for a major (6.0 or greater on the Richter Scale) earthquake at some point.

Apparently this results from the fact that a fault line between two tectonic plates runs from someplace near the coast of Maine down through portions of Massachusetts, Rhode Island, Connecticut and stretching to Long Island.

This fault line produced a 6.0 plus quake in the mid 1800’s but has not produced a large one since.

According to the “experts,” a high frequency of small quake could relieve the pressure and forestall a large one.  We simply don’t have the required frequency and those same experts say that that is what increases the odds for a large one.  The problem is that earthquakes are not predictable, so it could happen tomorrow, next year or next century.  No one knows.

The good news, however, is that earthquake insurance is reasonably inexpensive to add to your Homeowner’s, Condominium or Apartment policy.  Although the deductible usually is very high, it does provide catastrophe protection against major damage to the building and your contents as well.

Your agent can provide a quote for you to consider.